our week on the olympic peninsula

John has an amazing group of college friends.  Since they’re scattered all over the country, we plan an annual vacation together… typically somewhere on the East coast (where the majority live).  This year we really shook things up and everyone traveled to the Pacific Northwest to see our new hood.

We started with a weekend of Seattle sights, but then road tripped to the Olympic Peninsula and rented a beach house for a week.

[note:  all photos in this post were taken with my iPhone 5S- check out my tips for taking photos with your iphone] 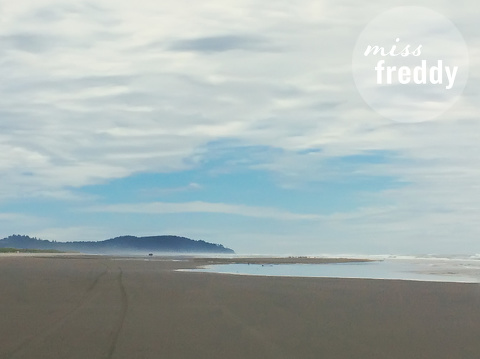 We chose a rental property [found via VRBO] in Long Beach, WA because the southern location afforded us the ability to explore Oregon as well as take some day trips up into the Olympic Mountains.  [Technically Long Beach is too far south to be called the Olympic Peninsula, but since we road tripped north for some of our trip, I am going to stick with calling this an ‘Olympic Peninsula vacation.’] Turns out ‘Long Beach’ is named for its 28 miles of uninterrupted sand beach- claimed to be the longest beach in the world [see photo above]. 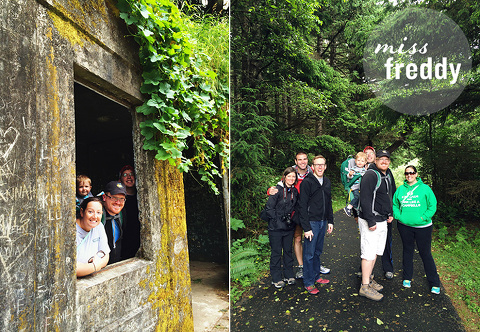 One highlight of the Long Beach Peninsula is Cape Disappointment State Park.  We did a quick hike there [pictured above] which took us through forest to beach overlooks & a big lighthouse. 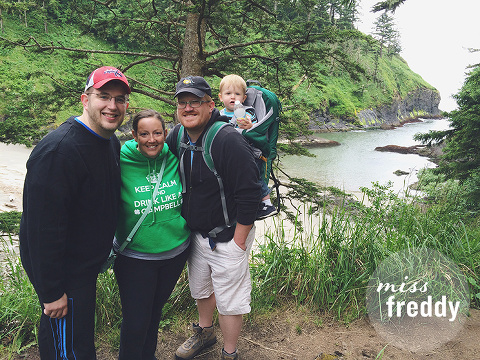 Along the way, we came across ‘Dead Man’s Cove’ [above] which was a quiet & GORGEOUS little inlet of ocean. 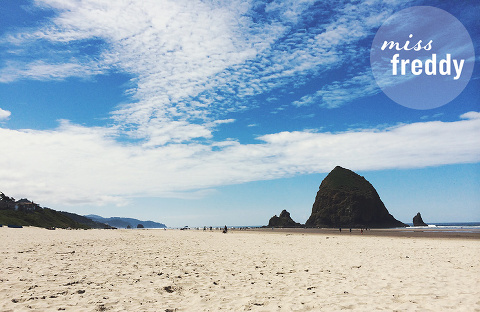 One of the primary sights I wanted to see on this trip was the Oregon Coast, specifically Cannon Beach.  Even though I had never seen The Goonies [don’t worry… that issue has since been rectified], I was drawn to this enormous rock [pictured above].

We also took a day trip to Quinault Rain Forest, at the southern part of Olympic National Forest.  It was just over 2 hours from Long Beach, so a pretty significant drive, but totally worth it.  Word of advice- speed limit signs are important to note as you drive through the small coast towns… ask me how I know.

We began with lunch at the Lake Quinault Lodge and then hiked through the rainforest [pictured above- the hike was a bit exhausting for Colin] & a bit around the lake [pictured below].

The forest was so lush & vibrant… probably because they get an average of FIFTEEN FEET of rain per year [for perspective, Seattle gets just over three].  Lucky for us, we didn’t see a single drop and actually enjoyed the sunniest day of our trip. 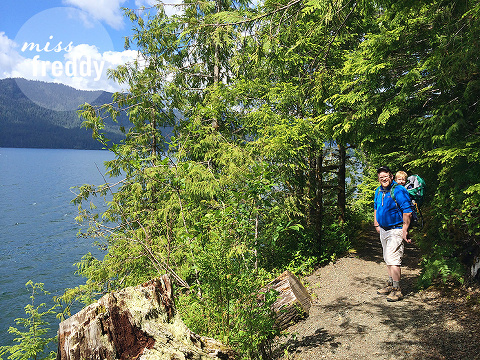 Our final side trip from Long Beach was to Astoria [only 30 minutes away, just over the Oregon border].  This town is completely adorable.  We spent the sunny afternoon at Fort George Brewery– totally kid-friendly with a glorious outdoor patio.  I’m told the beer was great, but mostly I just stuffed my pregnant face with their yummy food. 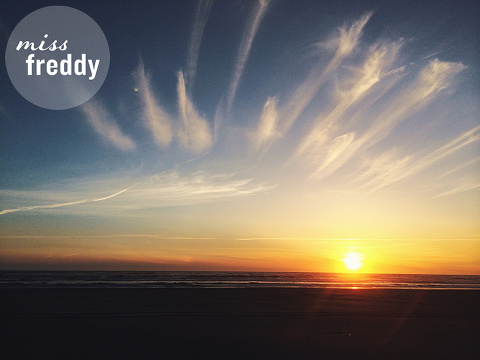 And what trip to the Pacific Coast would be complete without seeing a sunset over the Pacific Ocean?

There’s still so much of the Olympic Peninsula that I want to explore [the northern portion] and I can’t wait to return! 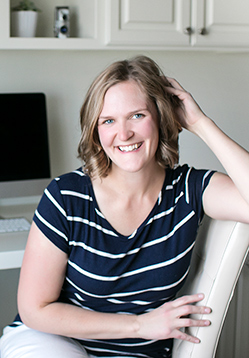 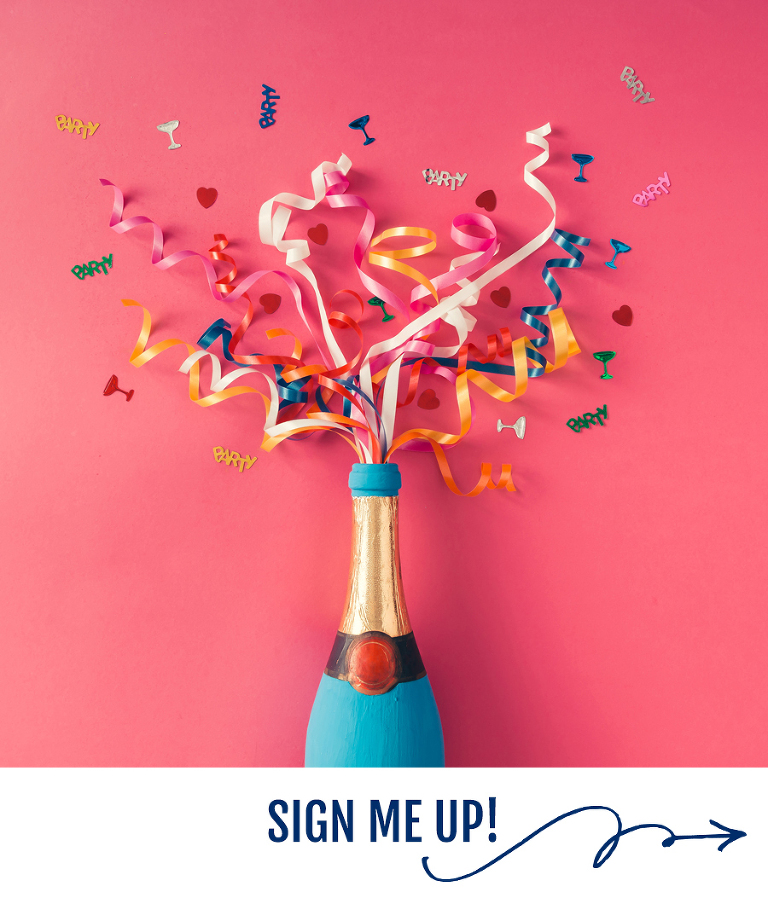